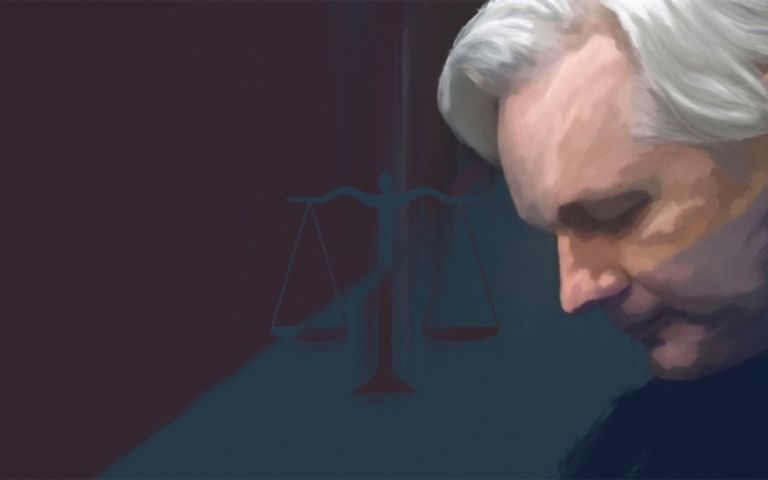 The first week of the current round of extradition hearings saw Julian Assange re-arrested based on the latest superseding indictment. The Court denied the application by Assange’s legal team to exclude from consideration the 11th hour expansion of the alleged facts under the charge of conspiracy to commit computer intrusion.

'Lawyers for Assange' was not granted access to monitor the proceedings. Some 40 people were given remote access, however this was later revoked, including for representatives from PEN Norway, Reporters Without Borders, and Amnesty International. Only a limited number of journalists were allowed to observe.

Kristinn Hrafnsson, editor-in-chief of WikiLeaks, the organisation on trial alongside Julian Assange, was merely allowed into a side room where he had the opportunity to observe journalists watching a video monitor, but he could not himself see the monitor. "I call this an absolute abomination," he remarked, "it is not open justice. As far as I am concerned it is a secret trial."

Expert witnesses for the defence testified to the political nature of the prosecution (Professor Mark Feldstein), the political nature of the potential extradition (Paul Rogers), the importance of WikiLeaks in exposing war crimes and other wrongdoing (Clifford Stafford Smith) and the extent of the First Amendment protection when it comes to publishing classified information (Trevor Timm). For full witness statements go to the 'Related Documents' section of this webpage.

The defence witnesses received hundreds of pages long documents from the prosecution less than a day in advance and were then criticised if they failed to recall any detail in those documents. They were allowed a maximum of 30 minutes to give their statements led by the defence lawyers, while the prosecution was allowed up to two hours for cross examination.

Assange was threatened by the judge with removal from the court for the rest of the proceedings and tried in absentia after he remarked "This is nonsense." during an exchange between the prosecution and a witness.

For Craig Murray's invaluable accounts of the hearings so far, please see below: